It’s All Academic for DeLaval

Out with the Old and In with DeLaval

Cows Rule the Roost with DeLaval

Tim Cox loves his cows! What he didn’t love was seeing them standing in the yard for hours, waiting to be milked. But with his herd of 120 high-yielding cows, this was often the case.

At Northbrook Farm in Puddletown, Dorchester, Tim and his son, Simon knew that action was needed – the two milkings that were taking hours to complete using a 14/14 herringbone parlour just weren’t fast enough for their herd.
Thankfully there was a solution at hand. After visiting an agricultural show and seeing the DeLaval Voluntary Milking System at work, Tim was convinced that the future of dairy farming lay with robots.
However, with the welfare of his cows being the prime concern, Tim did have some reservations about robotic milking. He was worried that perhaps the number of movements made by the DeLaval VMS would actually increase milking time. 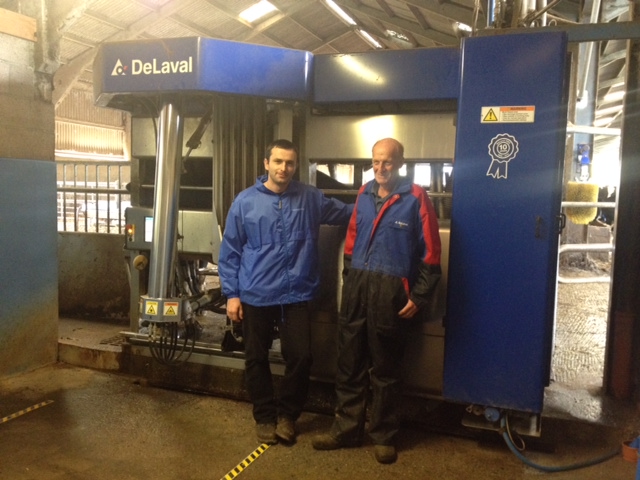 A DeLaval technician was happy to prove Tim wrong. “He played a big part in influencing our decision,” recalls Tim. “He came from a dairy farming background and was very passionate about the benefits of the VMS.”
The DeLaval VMS attaches with ease to all sizes of teats without fuss and if the cups are kicked off, the machine simply reattaches. The stainless steel hydraulic arm on DeLaval’s VMS is less bulky but very robust when compared with plastic alternatives, it also retracts from beneath the cow during milking.
Tim also thought that the programmable automatic floor cleaning function of the DeLaval VMS would do a better job of combatting the risks of environmental mastitis than any other machine that he had seen.

With the outstanding features proven to them, the Coxes installed two DeLaval VMSs in November 2010. BH White was their nearest DeLaval supplier, located around an hour and a half from Northbrook Farm. “The VMS is so good, we were happy to travel the extra distance,” explains Tim. “BH White has a lot of experience, skilled engineers and gives us an efficient service – routine maintenance every four months and breakdown assistance. Everything runs very smoothly.”
Three years down the line, Tim’s cautious decision is paying off. With a 10% increase in milk production to an average of 35kg through 3 milkings a day, the cows are in good condition and noticeably more relaxed. Between them, the two VMSs have yielded almost 1.5m kg of milk and reduced each milking time to just under 7 minutes!
Best of all, with a free traffic system, the cows can be milked whenever they like without having to wait in the yard. Tim and Simon no longer have to be in the barn all of the time to spot and treat any cow problems but can get on with other jobs around the farm while the DeLaval VMS keeps an eye on the herd.
“The Delpro software is easier for Simon to embrace, but I find it very useful to have all of that data at my fingertips,” admits Tim. “The amount of information it can give you is fantastic and much more reliable than anything we had before.” 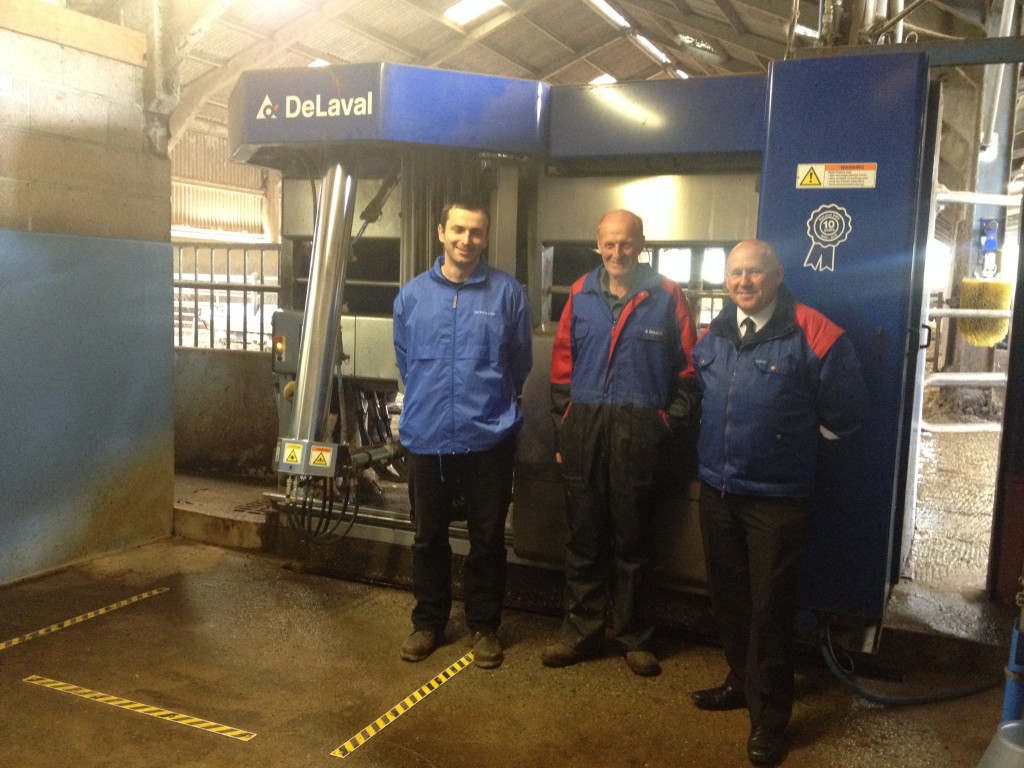 Being a wise man, Tim doesn’t take the health of his cows lightly and knows the importance of a good supplier and reliable products. Although cost is a consideration, he wants the best for his herd. Northbrook Farm has therefore taken advantage of other DeLaval supplies to maintain cow comfort, such as DeLaval’s ProactiveTM teat dip which is helping to keep cell count down to 180 and DeLaval swinging cow brushes, one of the first stops for the cows when returning to the herd. The farm uses other consumables such as Delaval’s CidmaxTM detergent and PeradisTM disinfectant as well as DeLaval liners, which Tim is a stickler for changing as near to the recommended 2500 milkings as possible, such is the degree of his attention to detail for the herd.
While some of the changes on Northbrook Farm are difficult for Tim to comprehend – “Twenty years ago, I never thought that I’d be installing cow brushes!” – the success of the DeLaval VMSs has prompted the Coxes to look forward to further changes, increasing the herd size to 180, breeding more heifers and eventually installing a third VMS…as long as the cows agree.